ACHIEVING OPTIMUM SETUP- 2006 BWB
Any rigger will tell you that more setback isn't always better. Mercury's Verado is a prime example. Placing that much weight more than 4 inches behind the transom of even the widest, beefiest bass boat will cause it to get squirrelly at high speeds. And then there's the issue of transom stress on lighter boats. Clearly, having just the right amount of setback is critical for achieving optimum performance with any boat and engine.

Hydro Dynamics understands how to archive optimum setup as well as anyone, and has recently introduced a 6-inch setback version of its popular Rapid Jack Magnum jackplate, which includes all mounting hardware.

This is the fifth jackplate in the Magnum family and, like the 10-, 12-, 14- and 15-inch models; the 6-inch version is made of 1/2-inch 6061 aircraft-quality aluminum and also comes with the company's patented ratchet mechanism for precise adjustment. The newest Magnum, which can be optionally powder coated, has two large cross members and extra long bolting bars that add strength and rigidity.
(Bass & Walleye Boats Magazine)

We at Hydro Dynamics want to extend our sincere appreciation for your interest in our products. We realize the success of our company is fully dependent on loyal customers.

A World of Excellence! - Quality You Can Trust! 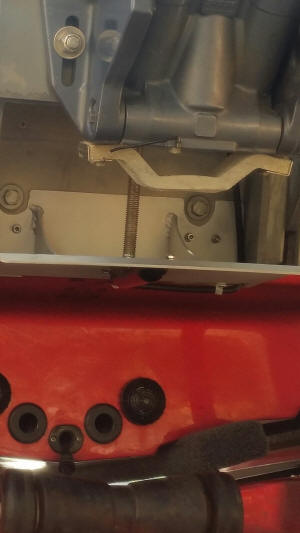 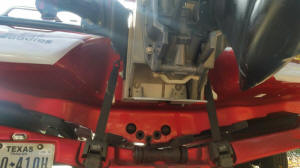 EDITOR'S CHOICE - VERTICAL LIMITS
Hydro-Dynamics is well known for its nitrox oxide injection systems. However, many don't know that the company's manual setback jackplates are among the best in the business. Owners Chuck and Debbie Goodman take personal pride in the construction of their Rapid-Jack and EZ-Lift manual plates, and it shows in these units' quality and ease of operation. The Rapid-Jack's one-person operation makes it easy to adjust engine height in quarter-inch increments. These plates are available in many different setback lengths, as well as in many custom powdercoat colors. Accessories such as setback spacers, bolt kits and transom reinforcement stiffeners are also available.